Take a vacation in Gangelt!

In the heart of Europe between the rivers Maas and Rhine you find Gangelt which is located directly at the border to the Netherlands in the most western part of the Federal Republic of Germany on the edge of the Rodebach-valley.

The town name Gangelt has Celtic origins and was mentioned for the first time in 828 AD by Einhard, the biographer of Emperor Charlemagne. The place was at that time a stage town with hotels and inns for the travelers between the imperial palaces Nijmegen and Aachen. Later Gangelt belonged to the lords of Heinsberg. As of 1301 Gangelt is called Oppidum (town). The historical castle of Gangelt exists since 1364. At least since 1420 there was in Gangelt a city fortification with completely enclosing city walls and three city gates. In 1472 Gangelt was assigned to the Duchy of Jülich. At the end of the 18th century Gangelt lost the status of a city. The almost 800-year-old city walls testify that Gangelt in the Middle Ages was a significant place that had to be protected by a fortification. (Wikivoyage)

Today, the Gangelt community is composed of 19 districts and has according to the population register a population of 11,836 (as of August 2013). Gangelt was the origin of the municipal reorganization on July 1, 1969, when the communities of Breberen-Schümm and Birgden-Waldenrath were assigned to Gangelt. (www.gangelt.de) 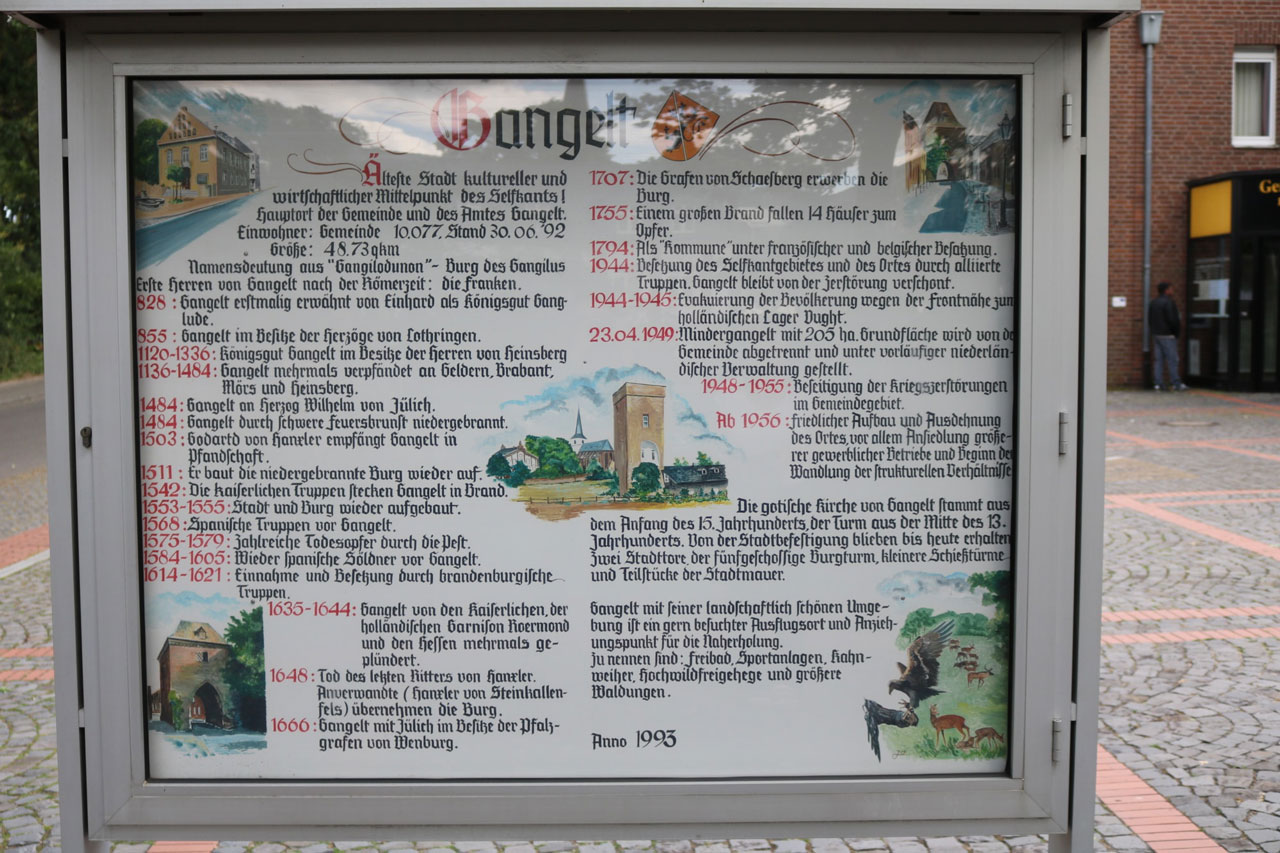